Choosing one of the new online casinos from our listings is the most reassuring way to enjoy fair online gambling when playing some great slots. But even at the most trustworthy of online casinos, your confidence can be shaken by a run of losses. It's almost inevitable that players begin to suspect something may be wrong with the game's mechanics. However, the work of testing houses should convince you to still believe in fair gaming when you play at a fully registered casino.

What Are Casino Testing Houses?

The Aims Of Casino Test Houses

Why Gaming Fairness Is So Important In Gambling

What Are Casino Testing Houses?

Reputable online casinos rely on laboratories known as testing houses to prove their sites offer fair gaming. These testing houses are independently operated auditors who regularly check the accuracy of all types of games, equipment, and software, in both land-based and online casinos. Testing houses ensure accuracy in systems such as Random Number Generators (RNG) and Return To Player (RTP) percentages in slot games. They also make sure regulations are being adhered to, including any new guidelines such as the spin speeds of slot games.

Testing houses employ experienced, highly trained technicians who are adept at using advanced technology to identify discrepancies in any system used by a casino. The rapid increase in online gambling has made their work essential. It involves testing software and hardware to safeguard fair gaming practices. They also test equipment such as the roulette wheels used in live dealer games. Ultimately, testing houses provide certificates to endorse the accuracy and honesty of registered online casinos. You'll find the certification seal at the footer of a casino's website.

The very nature of gambling often invites suspicions over exploitation and cheating in any department. Cautious players often wonder how you can even trust the testing houses to remain honest about fair gaming. However, when you play at a trustworthy online casino on NewFreeSpinsNoDeposit you can be reassured about the integrity of every company involved in assessing fair online gambling.

Over the years, a complex system of approval has developed that includes the strict monitoring of the testing houses themselves. In Great Britain, the government-backed United Kingdom Gambling Commission (UKGC) approves each testing house that's used by its registered online casinos. But to win the UKGC's approval, a testing house has to first be awarded a licence by the National Accreditation Body (NAB), known until recently as the United Kingdom Accreditation Service (UKAS). This is another government approved authority that regularly monitors the performance of testing houses to ensure trust and reliability. 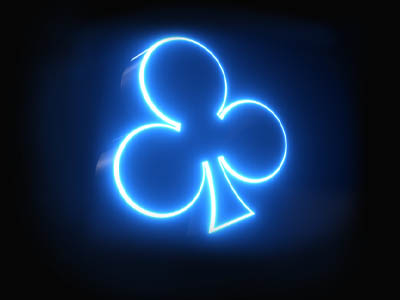 If you ever see an unfamiliar auditor listed on an online casino's website, you can check it's approved by using the search box on the NAB website. The UKGC also displays a list of the testing houses it has approved for auditing licenced online casinos. The laboratories are from various countries, including South Africa, Slovenia and Spain. Each one offers a professional service ensuring casinos comply with the UKGC's regulations. The following are some of the most well-known UKGC approved testing houses.

BMM Testlabs was established in 1981, long before the advent of the internet and online casinos. It's the oldest of the testing houses serving the gaming industry. In the early days, the independent company checked the accuracy and fair gaming of land-based casinos. However, BMM has evolved along with i-gaming to become an acknowledged expert in the industry. The company now has offices throughout the world, including Peru, Poland, Macau and Singapore.

iTech Labs testing house was established in Melbourne, Australia in 2004. The company provides assessment and certification for online gaming platforms, software and much more. iTech Labs was also a leading contributor in the development of Australia's Internet Gaming Standards. The company now operates worldwide and received accreditation from the UKGC in 2014. Among iTech Labs' long list of clients are NetEnt and Eyecon.

eCOGRA (eCommerce Gaming Regulation and Assurance) was one of the earliest testing houses to specifically target online gaming. It was formed in 2003 with the software developer Microgaming as a principal member. eCOGRA is approved by the NAB, UKGC and MGA. The UK-based company specialises in a wide range of gaming safeguards such as legal and technical issues for players and the i-gaming industry. Some famous online clients include Quickspin, 888 and Bet365.

The American testing house, Gaming Laboratory International, better known as GLI, has been active since 1989. From its base in New Jersey, the company began as an auditor of land-based casinos. When online gaming appeared, GLI used its vast experience in the gaming industry to become a leading pioneer of fair gaming in new online casinos. The award-winning GLI now has offices throughout the world and has been on the UKGC's approved list since 2005.

The Aims Of Casino Test Houses

The main objective of every testing house is to create a safe playing environment in established and new online casinos. Each laboratory uses a range of technical equipment and procedures to access fair gaming. Rigorous tests are carried out, ensuring casinos, developers and gaming software are performing with honest accuracy. A prime aim is to reassure players that casino games are trustworthy.
‍
Literally millions of spins are assessed to determine if RNG systems are completely random and funds are being paid back to players at the correct RTP. Whenever a new online casino game has been developed, it cannot be launched until a testing house has thoroughly assessed it. Any irregularities have to be corrected before the game is released. Testing houses also ensure i-gaming regulations of a particular territory are being followed. Any online casino found to be in breach of the rules faces having its licence revoked.

Why Gaming Fairness Is So Important In Gambling

Luck and random chance are part of every online casino game. When you gamble, you need to be sure they are the only factors determining if you win or lose. The valuable work of the testing houses provides you with reassurance about which casinos are maintaining good reputations regarding fair online gambling. Their certification seals indicate the site is operating fairly and regulations are being followed. It means you can confidently gamble without fear of being cheated.

Licenced online casinos depend on the trust of their members to survive. They always welcome the regular checks provided by testing houses. The certification seal provides the necessary endorsement that new online casinos have honest reputations.

Q. Are all casino games fair?
‍
A. Casino games from licenced developers are regularly checked for fair gaming by authorised testing houses. Any game from an obscure developer that doesn't display a testing house certificate could be unfair.

Q. Are online casinos rigged?
‍
A. Unfortunately, some unlicenced online casinos are deliberately rigged to steal your money. Officially licenced casinos are regularly checked by testing laboratories in order to gain and keep their licences. Thanks to the testing houses, you can discover which new online casinos offer fair gaming.